20 Narcissism Terms You Should Know To Understand the Narcissist

20 Narcissism Terms You Should Know To Understand the Narcissist

As a writer, I have a deep love for words. I especially love witty terms used to describe difficult situations.

The more I connect with other people who have dealt, or are dealing with, a narcissist, the more I find myself coming across terms that I had never heard of before.

So, I thought: Why not write a post about it?

And here we are. But before I get into the 20 narcissistic terms you should know, you’re probably wondering: 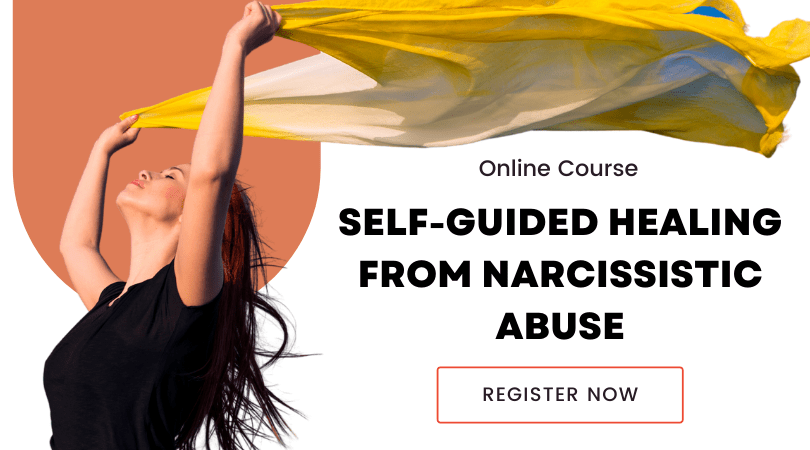 I always say that one of the first steps in getting over a narcissist and their abuse is to learn about it. Only then can you get a crystal clear picture of what you went through.

By learning these catchy and clever terms, you can really start to understand important aspects of the experience you had.

You can also better connect with people who have gone through the same situation. I find that many of these terms are used in support groups and subreddits that deal with narcissism.

So, while knowing these terms aren’t key to healing from narcissistic abuse, they can definitely help! I’m sure you’re going to come across some you’ve never heard of but describe your experience perfectly.

Narcissists are notorious for not taking responsibility for anything. As such, it’s rare that they ever genuinely apologize.

Instead, they may give you a fauxpology, or fake apology, in order to make you feel guilty, deflect their responsibilities, or simply anger you.

These apologies place the blame on you. For example, the narcissist may something like “I’m sorry you thought I was being mean.” Instead of simply apologizing for being mean, they blame you for thinking that they are.

This term is the entire reason why I wanted to write this article! Once I started seeing the term “flying monkeys” in narcissism support groups, I just had to find out what it meant.

Obviously, it led me down a rabbit hole of interesting narcissistic terms!

Yet, I digress. A flying monkey, just like the ones who served the Wicked Witch of the West, is an enabler who helps the narcissist do their dirty work such as encouraging you to agree with the narcissist or trying to disprove your perception of them.

This is often a mutual friend but can also be a child you have together or a relative. You may get text messages from these people asking how you are doing and sympathizing with you but, really, they are just acting as spies and manipulators.

Gaslighting is a form of psychological abuse that narcissists use to brainwash you. They will undermine your mental state by causing you to question your own reality.

Narcissists will do this by lying to you about things that have happened or giving you false information in order to destroy your confidence in making decisions or judgments. They use tactics such as denying and projecting to refuse responsibility, place the blame on you, or deny that the abuse never happened.

Examples of this would be calling you “too sensitive” when you get upset over something they have done or saying, “That’s not what happened,” when you try to raise an issue.

There’s actually a psycho-biological component to this abuse tactic. When they treat you like gold, your brain produces happy hormones and you’re likely to stick around to get another “dose” of feeling good.

When you finally leave a narcissist, they are too self-centered to think the end of the relationship was their fault. They may attempt to “hoover” you back into the relationship in order to maintain control.

Hoovering can include love bombing as well as promising to change, bribing you with gifts or money, or acting overly concerned about your well-being.

Some forms of hoovering are not so sweet. The narcissist may try to threaten you back into a relationship or turn people against you so you feel as if you have nowhere else to go.

When you gray rock, you engage with the narcissist (and their flying monkeys) as little as possible. When you do, you avoid showing or sharing your thoughts and feelings.

It also involves not reacting to their ploys to start arguments or gain your attention. Basically, you are making yourself as interesting to them as a gray rock on the ground.

When a narcissist has multiple children, they may treat one more favorably and one more disfavorably.

The child that is singled out as the “favorite” is known as the golden child and receives special privileges and more attention from the narcissist. They become a direct supply for the narcissist and are often exempt from discipline, chores, and responsibilities.

At the opposite end is the scapegoat child. This child is treated unfairly by the narcissist and blamed for family problems, disciplined disproportionately, and given extra responsibilities.

When it comes to narcissists, they depend heavily on others to maintain their sense of importance and superiority. These people provide what is called the “narcissistic supply”.

Narcissists draw on this supply by devaluing and manipulating the people in their life.

Without their supply, narcissists are empty. When a source of supply dries up, they may attempt to hoover that individual or move on to another supply.

When a narcissist wants to discredit someone, they launch a smear campaign. They either target someone who is figuring out who they are or preemptively covering their abuse of that person.

Or, they want to take revenge against someone who “did them wrong.”

These smear campaigns often involve discrediting and socially isolating someone, spreading gossip, and outright lying to family, friends, neighbors, and even their children.

This usually happens behind the victim’s back with the assistance of flying monkeys.

This term was a new one for me! Narcissistic word salad refers to a speech pattern that is purposefully confusing.

Narcissists will use circular logic, lies, and denial to confuse and frustrate people. They do this to avoid taking responsibility for something they have done wrong.

They use this word salad so that the other person will give up arguing and eventually give in to what they are saying.

This term originates from the concept of Stockholm Syndrome where hostages become emotionally attached to their kidnappers.

When it comes to narcissists, trauma bonding is used to trap you into an emotional bond with them to the point where you are unable to leave the relationship. It’s a twisted way to gain loyalty.

Narcissists will create a trauma bond by feeding you pity stories, forcing you to be dependent on them, and creating an abuse cycle that involves abuse and fake remorse (i.e., fauxpologies and promises to change).

Because narcissists thrive on chaos, they will provoke jealousy between people and manipulate them into conflicts with each other.

This creates a sort of triangle where they pit two points against each other in a way where neither party knows the truth about what is going on. This way, they can sit back and draw from the resulting supply while continuing to manipulate multiple people.

If you’re part of any online support groups or subreddits that have to do with narcissism, you’re probably going to see the term NEX used.

When a narcissist is accused of abuse, they will reverse the roles and make themselves the victim of the situation.

They will deny it never happened, verbally attack the accuser, reverse the roles, and then turn the accuser into the offender.

I swear the mental gymnastics these people perform has to be exhausting!

Emotional vampires are those who feed off the emotions of others and this term suits the narcissist perfectly!

They will drain the energy from people in their life and provoke unnecessary drama to get attention. They will also play the victim card so that other people will give them pity and boost their self-esteem.

Maybe the thought of your NEX makes you itchy, but these are not those kinds of FLEAs!

FLEA stands for Frightening Lasting Effects of Abuse and these occur when, after leaving a narcissist, you find yourself acting like the narcissist.

No, you’re not becoming a narcissist, you are simply working through your ordeal. FLEAs can happen when you behave like a narcissist to protect yourself or, having spent so much time with the narcissist, you forget what is normal in certain situations.

Narcissists use a manipulation tactic known as FOG to get what they want.

They maintain control over you by threatening you if you leave. This could be threats of violence or trying to convince you that you can’t live without them. It can even involve threatening suicide if you end the relationship.

Narcissists also make you feel obligated to stay because you owe it to them. They may use financial situations against you or remind you of all the “wonderful things” they did for you.

Lastly, they will lay the guilt on thick, emphasizing all of the horrible things that will happen in their life if you don’t stay.

Future faking is when the narcissist talks about the amazing future you will have together in order to get what they want right now. They speak to your desires and draw you in with false promises.

They know they are lying but they do this to string you along and make you think there’s hope for change in the relationship.

The narcissist will take little to no action to make these dreams a reality but will instead keep promising to the point where it becomes easier just to go along with what they want instead of arguing with them.

The world of narcissistic terms is full of acronyms! This one stands for Justify, Argue, Defend, or Explain.

And this term is for you! These are all the things you DO NOT NEED TO DO when it comes to dealing with the narcissist, your feelings, and your boundaries.

The more you try to justify, argue, defend, or explain, the more you are contributing to the narcissist’s supply. They aren’t going to change the way they behave or the way they perceive you – but they will feed off of all that attention!

Idealizing, devaluing, and discards are the three stages of a narcissistic relationship.

During the first phase, idealization, the narcissist is putting on the charm and love bombing you into a relationship. Once they know you are hooked, they will slowly reel you in.

The second phase is devaluing and, once you are hooked on all that lovely attention, the narcissist will start acting like their true selves. You’ll spend this phase wondering what you did wrong for them to change and they will certainly make sure you think it’s your fault. This is where the bulk of narcissistic abuse happens.

Lastly, they will discard if their narcissistic needs are not being met. This happens when you have nothing left to give and can no longer provide any source of supply. They’ll leave and blame the relationship’s failure on you.

How many of these terms had you go “OMG! That’s so my situation!”?

Seriously, let me know in the comments below which terms really struck a chord with you – or add some that I may have forgotten!